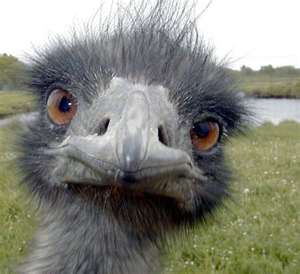 I've been a little behind in posting on my blog in order to do a huge challenge---to finish the writing of my fourth book entitled Trails of Destiny, the ongoing story of the Anderson Chronicles.  This book needed to be finished in order to get it published.  Well, on Monday evening of June 4 at 11:45, I finally wrote those two little words that all writers like to type---THE END.  Yes, the book is finally completed and submitted to the publisher.
YEAH !!

Now don't get too excited because the writing game is a hurry up and wait situation.  So the hurry up part (after 1 1/2 years of writing) has been completed.  Now we do the waiting game in order to obtain the contract, another exciting phase in getting your book published.

Hopefully the Trails of Destiny will be in print by the end of Oct or the first part of Nov.  As we get more information on this book's publishing date, I will definitely blog the data to keep everyone up-to-date. How exciting is this blog.

So while we wait for more news, grab a good book, preferably one of mine, sit back, and enjoy a good story.  See you all soon.
Posted by Gwyn Ramsey at 11:10 AM No comments:

The White House, better known as the “President’s House”, is a magnificent building.  Even today, many Europeans regard it as an “English clubhouse”, as Charles Dickens described it after a visit with President John Tyler in 1841.  The Living White House, pg 10, 1970, by Lonnelle Aikman.

It was the beginning headquarters for the next four Presidents—John Adams, Thomas Jefferson, James Madison and James Monroe who served the cause of our independence and hammered out our Constitution.  The Living White House, pg 12, 1970, by Lonnelle Aikman

Today we will visit John Adams, who moved into the house in 1800, four months before his term expired in 1801.  The house was not finished, debris littered all the rooms, only a couple fireplaces were useable, and there were no stairs to the second floor bedrooms.  Abigail Adams was sorely disappointed in the condition of the President’s House but as a stout pioneer, she overcame the hardships to make the house livable.  All the rooms were cold and drafty, no curtains and very little furniture.

Every day living was a true challenge as was wash day.  Outside tents for the black workers and their families littered the surrounding muddy grounds.  Building materials, animals, and an assortment of wagons took up the rest of the area as did an insurmountable number of dirt mounds.  There was no space or would anyone want to hang clean wash on a line among all that debris.  So in order to dry her family’s clothes, Mrs. Adams conveniently had the wash hung up in the East Room.  I wonder how the last three First Ladies would feel about seeing several lines of wash hanging in their beautifully decorated East Room now.  Quite a shock.

The family consisted of President and Mrs. Adams, plus their six children:

Abigail A. (Nappy)—1765-1813-Died of breast cancer
John Quincy Adams –1767-1848 – Sixth President of -after term he served as a Massachusetts House
Representative until his death.
Grace Susanna Adams 1768-1770—Died age 2—His favorite daughter, John Adams only spoke her name
once after her death.
Charles Adams 1770-1800—kicked out of Harvard - died of alcoholism
Thomas Boylston Adams—1772-1832—served as justice of the Circuit Court of Common Pleas for
–also had trouble with alcoholism.
Elizabeth Adams—1777- Stillborn

If you would like to know more about this family, click on John Adams and enjoy the read.

Mysteries of the White House 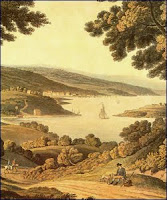 How many of us take for granted the beautiful building, the White House? We know the President and his family live there during their four or eight-year term. That’s a gimme. But like myself, I have never actually been on a tour of the house, much to my dismay. So I decided to learn more about our gorgeous White House and its surroundings.

When asked by Congress to select a site for a home to be built for future presidents, George Washington, with city planner, Pierre L’Enfant, selected land overlooking the Potomac River that could be viewed from the front door. Fields and forests surrounded the land above the village. The Act of Congress signed by Washington in December 1790, declaring that the government would reside in a district not exceeding ten miles square. Later Washington, DC borders would change.

George Washington called this Executive Mansion for presidents, the President’s House and it did not receive the name White House until 1902. Because of the necessary work on the house and grounds that had to be completed, the first president to occupy the House was John Adams and his wife in 1800. George was the only president who never lived within it walls. He died before the Capital was moved from Philadelphia to the village named in his honor.

The Secretary of State, Thomas Jefferson held a competition in order to find a builder for the President’s House. There were nine proposals submitted to him and the winner was Irish-born architect, James Hoban, who was given a gold medal for his design. The building began in 1792, painted white of Aquia sandstone in a Neoclassical style

Small tidbits about the White House— (1) the first cornerstone was laid on October 1792, and (2) The White House requires 570 gallons of paint to cover its outside surface.

If you would like to read more about the White House, click on WASHINGTON . Then when you want to kick back, grab a good book and read.

New technology has flown in with a vengeance. We all expected that after 2000 but many people weren’t truly ready. So now we have a learning curve. Not a bad idea, we know change is good. So along came iPads, iPhones, e-readers, etc.

Today I’m talking about the war of the e-readers. There are many to choose from, however, the two outstanding ones are the Nook by Barnes and Noble and the Kindle by Amazon. People ran out to buy them with the question in mind, “which one to chose?” Good question. At the beginning, doing your homework on e-readers was extremely important and still is.

Now after all the dust has settled and people have their e-reader in hand, another question arises, “why aren’t they compatible.” During my book signings, I am asked this question all the time and there is no good answer. After the Nook/Kindle purchase, the buyer finds that not all books are available for his or her e-reader. Not fairsees, guys.

I know money is most important to the big guys in charge of developing and producing the e-readers, but money is also important to the little buyers who want to read their favorite authors. It doesn’t seem fair to purchase a high priced reader and then find that there’s a book you’d like to read but it’s written in another format. When will the companies get wise that more money will be spent for compatibility between readers? To me it would make sense to have all e-readers compatible so that anyone could read what is of interest to them.

So come on people and make it easier for readers to buy books of their favorite authors in any form so long as they can download the book and enjoy a good read.

If you have a comment on this article, join in and I’d love to hear from you.
Posted by Gwyn Ramsey at 10:58 PM 2 comments:

We all talk about coincidence and how spooky they are. In fact I have caught myself saying “What a coincidence that was.” Somehow unusual things do happen even if we don’t believe in them. The definition of coincidence per Merriam Webster Dictionary is “the occurrence of events that happen at the same time by accident but seem to have some connection.”

Per Uncle John’s Ahh-Inspiring Bathroom Reader, Charles Coghlan was born on Prince Edward Island back in 1841. Being an actor, he moved around the country and ended up in Texas. In 1899 while in Galveston, he passed away and was buried there. On September 8, 1900 a hurricane struck Galveston and washed away most of the town and many cemeteries. Seven years later a fisherman from Prince Edward Island found a large box floating in the water. He took it to shore and opened it up to discovered Charles Coghlan, the native son. He had come home. The box had floated through the Gulf of Mexico, caught by the West Indian current and carried into the Gulf Stream, finally deposited on shore only a few miles from his birthplace. Coincidence? Your guess is as good as mine.

Uncle John’s Ahh-Inspiring Bathroom Reader, page 387, Ashland, Oregon, 2002.
Do you have a coincidence that you would want to share with us? Leave a message for we’d love to hear from you. If you enjoyed the above story, check out the website 20 Most Amazing Coincidences

Many times I am asked what inspires me to write. Actually, I never thought about it. My mind is always wrapped around a character that is giving me trouble or a scene that just isn’t quite right. Unfortunately, this happens a lot lately.

So with that question in mind, I sat down and gave it some thought the other day. I’m still baffled by the word ‘inspired’. The more I thought about it the more I began to realize that as a writer I have to write. Dan Poytner, once said, “If you wait for inspiration to write; you’re not a writer, you’re a waiter.” How true.

But what spurs me on to write….It’s something within—can’t quite explain it but the urge to write is always pushing me forward. Many writers are inspired by nature, family, and friends to suggest a few. I guess I’m inspired by other writers who email me or call and by family going through their daily routines. It would be nice if I could inspire my fingers to type a little faster in order to get this next book finished.

Inspiration is all around us, we only have to look for it or feel it. Per writer Natalie C. Markey, “It’s not the word that counts but the smallest thing that can set off your inspirational writer mojo.”

What inspires you to do the things that you do? Write and let me know. I’m curious to hear from you.
Posted by Gwyn Ramsey at 1:58 AM 1 comment:
Older Posts Home
Subscribe to: Posts (Atom)